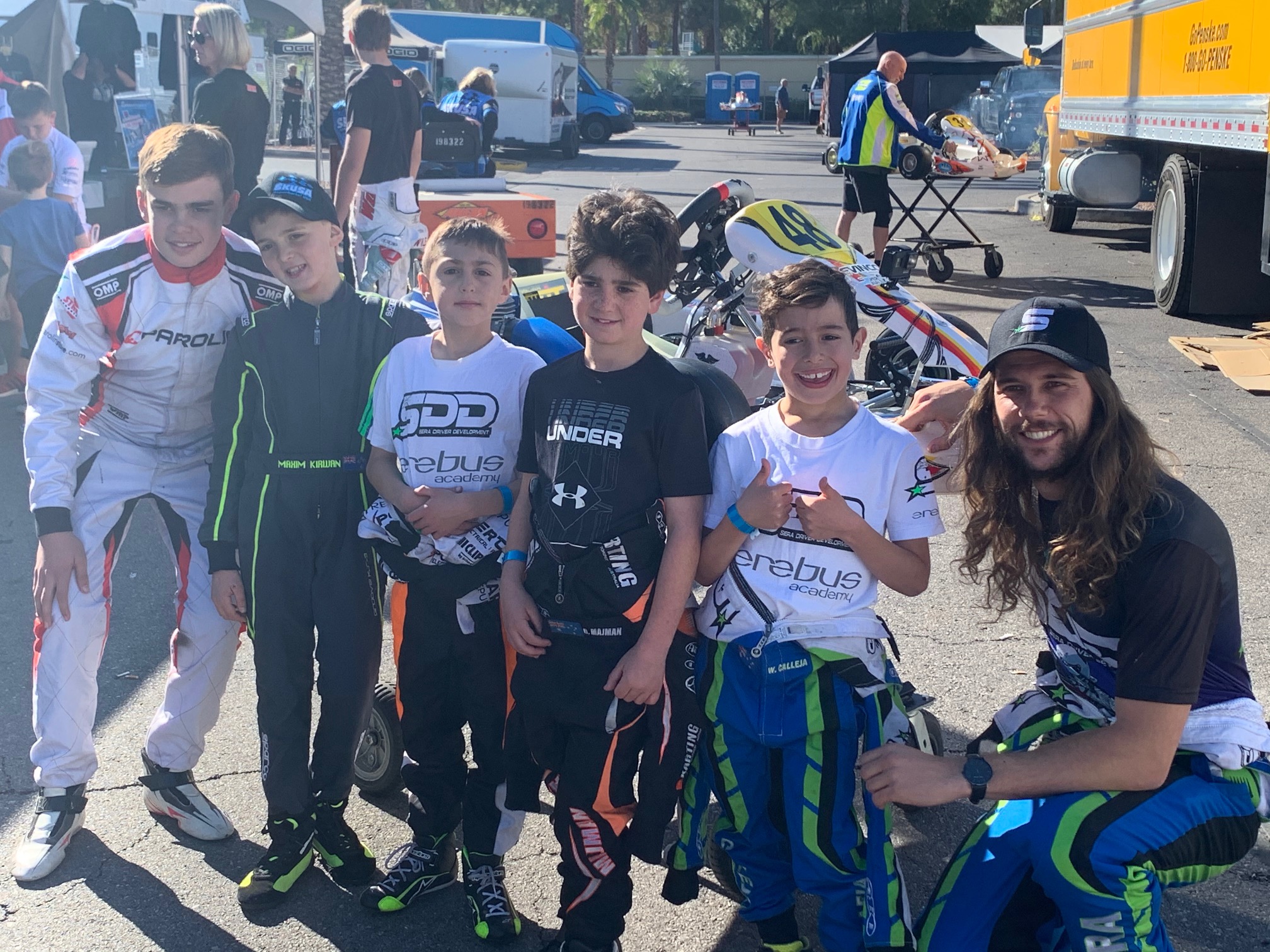 The 2019 edition of the SKUSA SuperNationals event has been run & won by SDD driver Brad Majman in the Micro Swift category.

Held in a parking lot at the Rio All-Suites Casino SDD had five drivers competing at the event with four of them in Micro Swift; Brad Majman, William Calleja, Maxim Kirwan & Riley Harrison.

The first two days of practice was unfamiliar territory for the Micro kids competing, as it was their first attempt at an international event, accompanied by a new kart & engine package, racing on a temporary street circuit and then Las Vegas had the rare sighting of rain to challenge these kids aged between 7-10.

The four kids handled themselves well in the wet weather, with Calleja & Majman both setting times inside the top 5 throughout the day in the strong 49 kart field of drivers from around the world.

As qualifying approached, the clouds disappeared and the drivers had their first taste of a dry track being qualifying which came about many challenges.

The youngest competitor in the field handled these conditions the best, with William Calleja qualifying in 4th position with teammate Majman back in 10th. Adelaide driver Riley Harrison put in a tremendous effort to be just outside the top 20 in 22nd with trouble striking Kirwan as a flat tyre relegated him back to 37th for the three heat races.

Throughout the three heat races the kids mixed positions inside the top 5, Calleja setting a quick time in heat 3, Kirwan made his way past over 15 karts in two heat races and Majman was constantly inside the top 10. Unfortunately a crash in heat 3 jeopardised Harrison’s starting position for the final with a DNF.

The first few laps of the final were frantic with 49 youngsters all jostling for position. Majman found his way into 6th at the half way mark, with Calleja dropping down to 9th. Kirwan had pushed his way inside the top 20 and Harrison into 25th.

As the front karts started to defend their positions, Majman’s kart started to really kick into gear, setting fastest laps that were at times half a second faster than the leading trio. Majman made his way into the top 3 with two laps to go, and found his way into the lead on the final lap switching 1st & 2nd on the exit of turn 4 where he went on to secure his biggest race win of his short career!

Calleja lost out on a top 10 finish dropping four positions on the final lap to come home in 14th, with Kirwan settling for 19th after qualifying saw him start each heat race in 37th. Harrison battled hard all final to come in 28th after only having his first race in January this year.

“I can’t believe I’ve actually won the SuperNats!” Said an ecstatic Majman. “I knew my kart was getting faster and faster and I could see I was catching the leaders. But to overtake them both on the final lap was amazing!”

Practice saw Sera top a session and be inside the top 5 on several occasions showcasing his talents on the street circuit layouts. Qualifying came around and Sera wasn’t able to maximise his speed to qualify a lowly 18th position with the top 20 going through to Q2 where times would reset for a second crack.

With not much to lose the team decided to make some adjustments to the kart to try extract more performance which they were able to achieve with Sera moving up to position 8 at the completion.

This would have him line up in position 4 for the three heat races. Heat one only lasted about 50 metres after the lights went out as Sera was squeezed into the inside barriers before the opening turn ruining his kart and chances for a SuperNats victory.

“It’s extremely disappointing to crash out of the opening heat race after qualifying near the front of the pack. You’d normally expect this type of driving in the mid pack where drivers are jostling for positions aggressively. We’re on the back foot this weekend now!” Said an annoyed Sera.

Heat 2 the team had the kart back on track and Sera made his way into the top 3 before a coming together with another driver saw them drop some positions. After a slow board period, Sera aggressively made his way past the leaders to clear out and take victory by over a second. A post race nose cone penalty dropped the final position to eighth.

Leading into heat 3, Sera knew he needed to secure a solid result to transfer straight to the main. After making a good start into third he found his way into the lead on lap 4 where he only relinquished once before claiming that spot back and a race win.

Heat results of 36th, 8th (post race penalty) & 1st, this would have the Australian driver line up from 23rd in the main event.

Making a clean start Sera was into 19th on lap one and carved his way inside the top 15 by the halfway mark. The top 5 had cleared out from the chasing pack, but Sera was able to chase down the pack of drivers from 6th-12th. Getting to as high as 11th on the final lap, a last corner racing incident saw Sera on the sidelines and be classified in 32nd a lap down.

“It was a roller coaster of a weekend, after topping a practice session, winning two heats and then making my way nearly into the top 10 in the final. We definitely proved to people we can mix it with the best in the world even after only competing in two races in 2019.”

The team is very proud to help the four kids compete at their first international event and we are already planning for the 2020 edition.

Former SDD protégé claimed his second consecutive SuperNats victory in the X30 Junior category showcasing the talent the driver has shown across Europe, Australia and the USA in 2019.

Our next race is this weekend at the Victorian State Cup in Bairnsdale. 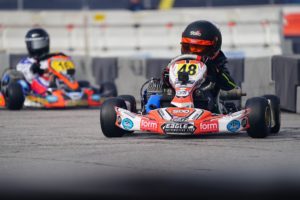 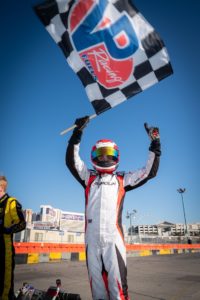 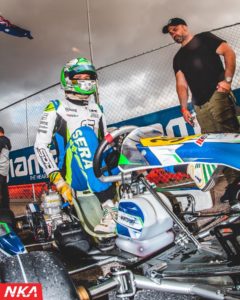