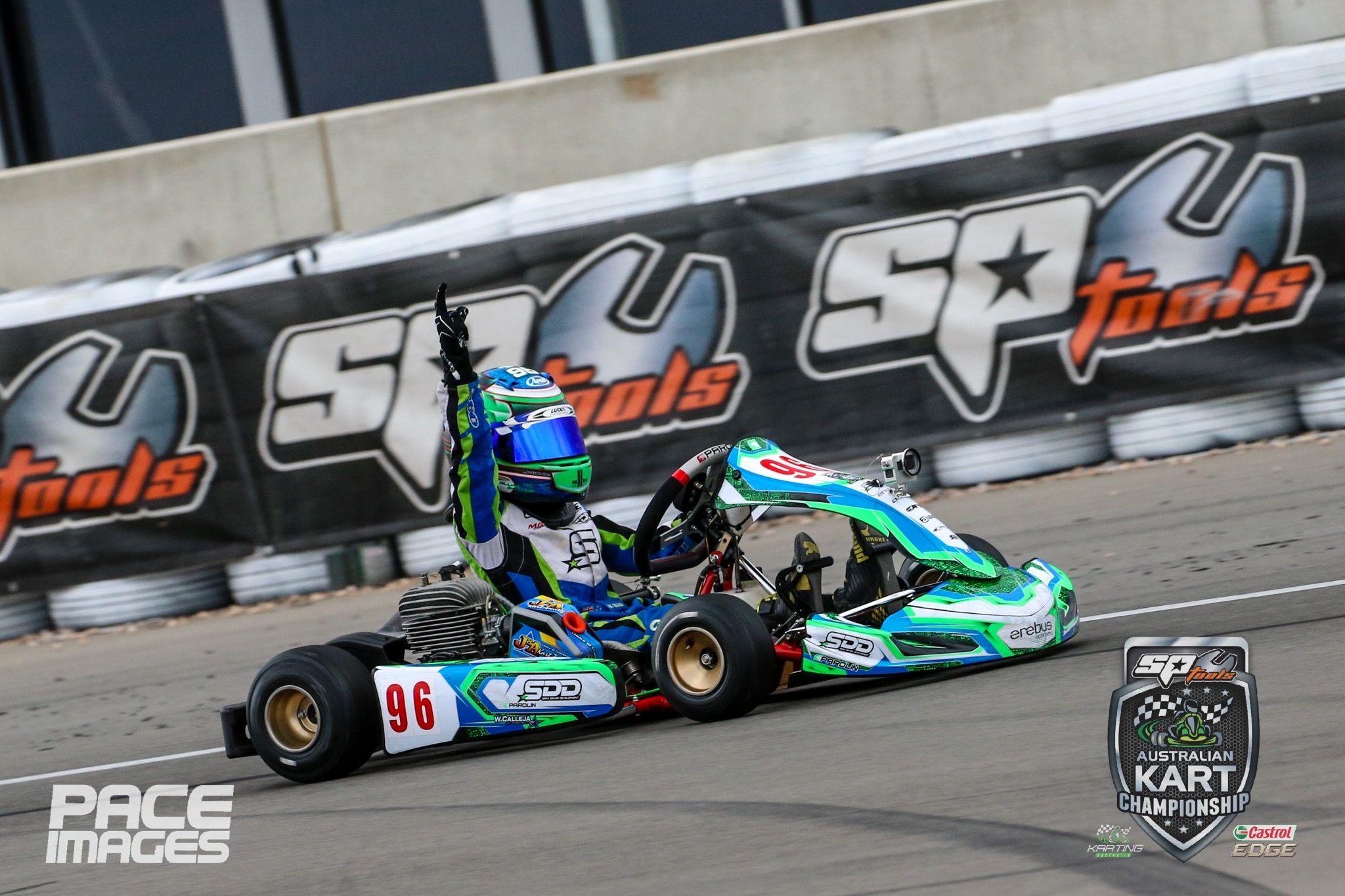 The opening round of the SP Tools Australian kart championships took place at The Bend Motorsport Park in Tailem Bend across the weekend.

The Sera Driver Development team took home their first victory for the 2020 season at the hands of Cadet 9 driver William Calleja. The current VKA cadet driver of the year started the weekend in flying fashion with the fastest lap in qualifying. Team mate Maxim Kirwan (P8) and Riley Harrison (P9) snuck into the top ten.

The heat races saw the trio always fighting for the top positions with Calleja taking home two heats wins to line up on pole position for the final. Kirwan had his best AKC result with third in heat 3 and Harrison was inside the top 5.

Once the 20 lap final got underway in blustery conditions, it was Calleja who took a commanding lead on the opening laps of the race to set up victory from the outset. Harrison had moved his way into third from seventh place when an unfortunate incident took place coming together with a kart that had left the circuit a corner prior. This forced Harrison to retire his kart out of what could have been his first AKC podium. While that took place, Kirwan jumped into third but was unable to hold that until the line.

Up front it was all Calleja, who took home a dominant six seconds victory and the championship lead. Kirwan settled for fourth his best final result, while Harrison was left to rue his opportunities.

“We could have easily walked away with two or three drivers on the podium at one stage in that final. Obviously we’re stoked to win with William, but I also feel for Riley who was on track for his best result of his career. Maxim will learn from some small mistakes that cost him a chance to take a trophy back to NZ!”

Cadet 12 saw many ups and downs across the weekend for our drivers. Riley Blaxell & Brad Majman both topped practice sessions to give them the confidence heading into qualifying. With dirt splattered all across the tarmac, qualifying became a mess for the category, with most drivers setting their quick times in the opening laps. Our drivers were caught up and as a result qualified in the mid 20’s and low 30’s.

Brad Majman & Miley Miller had some solid heat results but a costly DNF for Miller saw her down the order for the final.

Majman was the hard charger going from 24th – 10th then 23rd to 8th in the heats before getting to as high as second in the final heat race before slipping back to 5th.

Riley Blaxell on the other hand was fighting hard at the start of the races from his troubled starting position unable to keep clean and bending his chassis.

All drivers made the final with starting positions of Majman (12th), Miller (31st) & Blaxell (39th).

The racing was frantic with karts stricken to all parts of the circuit. Majman was the first to get caught up in an incident whilst running inside the top ten which caused a DNF. Miley was able to jump onto the back of the top ten finishing eleventh setting some fast laps along the way. Blaxell kept his nose clean and managed to finish in 28th.

“Brad was fast all weekend & had to pass a lot of karts. I truly believe that a top 5 was possible this weekend which was a big step up from 2019. Miley just had one of those weekends where you start on the back foot & it’s hard to recover. I’m proud of Riley topping the time sheets earlier in the week, that’s something to be proud of against 60 of the best drivers in the country”

KA3 Senior saw us with the one driver in Jake Sawyer making his way across from WA. Sawyer made some noise on Friday always being amongst the top 6 karts in practice before qualifying eighth. Heat results of third, tenth, third and thirteenth saw the WA teenager start the final from eighth.

An opening lap tussle saw his weekend spiral out of contention slipping back to the tail of the field and recovering in twenty first. A disappointing end to what could have been a big result.

It was a difficult opening round for KA2 driver Jake Santalucia coming to grips with his new category. Making the final was his first goal, but an opening lap incident forced him to the sidelines. Santalucia has had good success at Puckapunyal, so will be looking to bounce back leading into round two.

“Overall it was a huge start to the AKC season. We topped the time sheets in multiple sessions, our cadet 9 drivers all had personal best results and the Cadet 12 kids had pace at different stages. I’ve got no doubt in Puckapunyal we’ll make some noise again!” 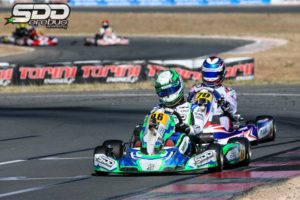 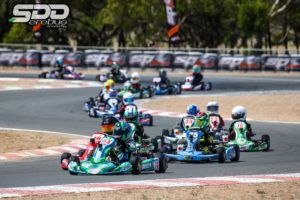 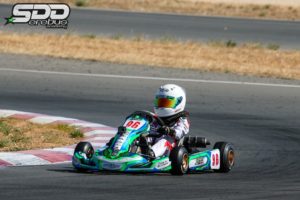