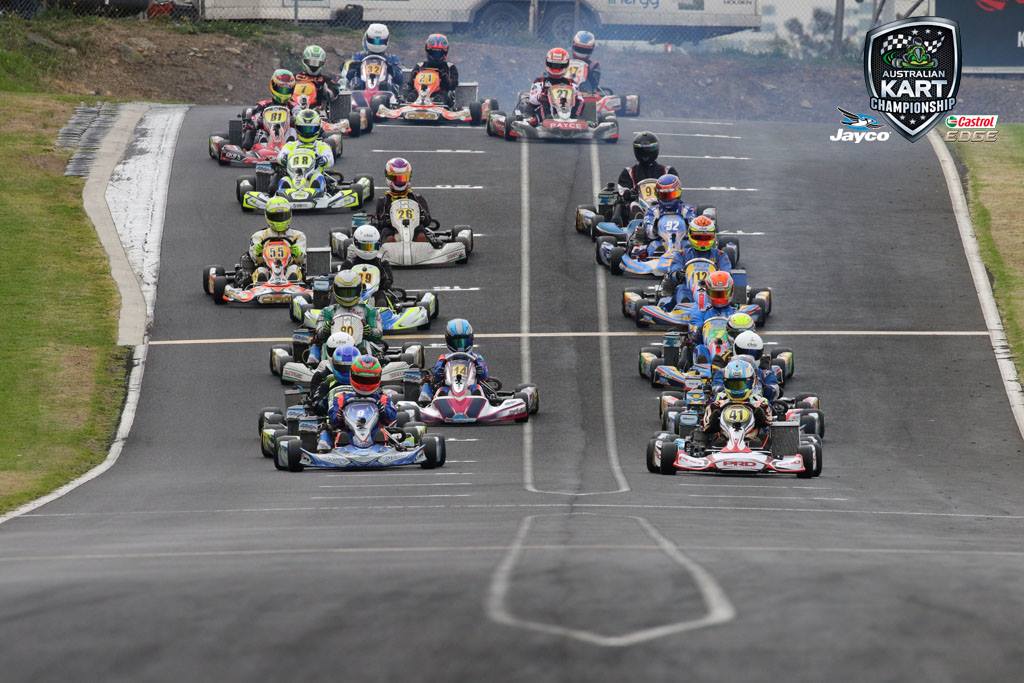 What we learned from AKC Final Round

What we learned at the AKC Final Round

There was a number of categories where the championships were decided in the final race. We saw some minor contact throughout the heat races between KA3 championship combatants Matthew McLean & James Sera as tensions were building. After the final race, McLean greeted Sera at turn one with a “fist pump” showing great respect between the two.

In the X30 category the championship also came down to the final race and with two laps remaining Joshua Car and Marc Tulloch came together with Tulloch crashing into the tyre barriers. Car was later disqualified for his part in the incident but still claimed the championship.

KA4 Light has been about two drivers fighting fiercely for a number of years now and this was no different. Jay Hanson & Cooper Webster have been at each other most events fighting for victory. They came together again with Webster on the sidelines and Hanson crossing the line. A rivalry that will continue into different classes.

There was a championship on the line in Cadet 9 but you wouldn’t have known it on track when watching the action. Defending champion Ryan Tomsett and Shamick Racing’s Harry Arnett were locked on points at one stage but both raced cleanly against each other and the surrounding drivers with Tomsett coming out on top. A great show of racing for all to witness.

Ok, there was a mixture of changing weather conditions throughout the weekend which claimed half of the TAG Light field in the final. But when you see the whole circuit fencing lined with spectators watching the finals and the Melbourne skyline in the background, it’s a no-brainer to hold the event there. Throw in the fact it’s close to the city, airport and all amenities families need and you have a great facility for karting.

For all the big trucks and marquees witnessed around the pit area, someone forgot to tell Ballarat KA4 driver Jaxson Cox. The Arrow driver drove meticulously in the wet to score his first National round win against a stout field. It’s great to see drivers taking it to the bigger teams.

Having built a healthy lead in the KA1 championship, PCR Scuderia driver Kyle Henry-Smith would’ve almost been planning his victory celebrations needing to only finish to claim his first Australian Championship. But it would turn to heartbreak when the NSW based driver lost his wheel on the opening lap handing victory in the final and championship to defending No#1 Scott Sorensen.