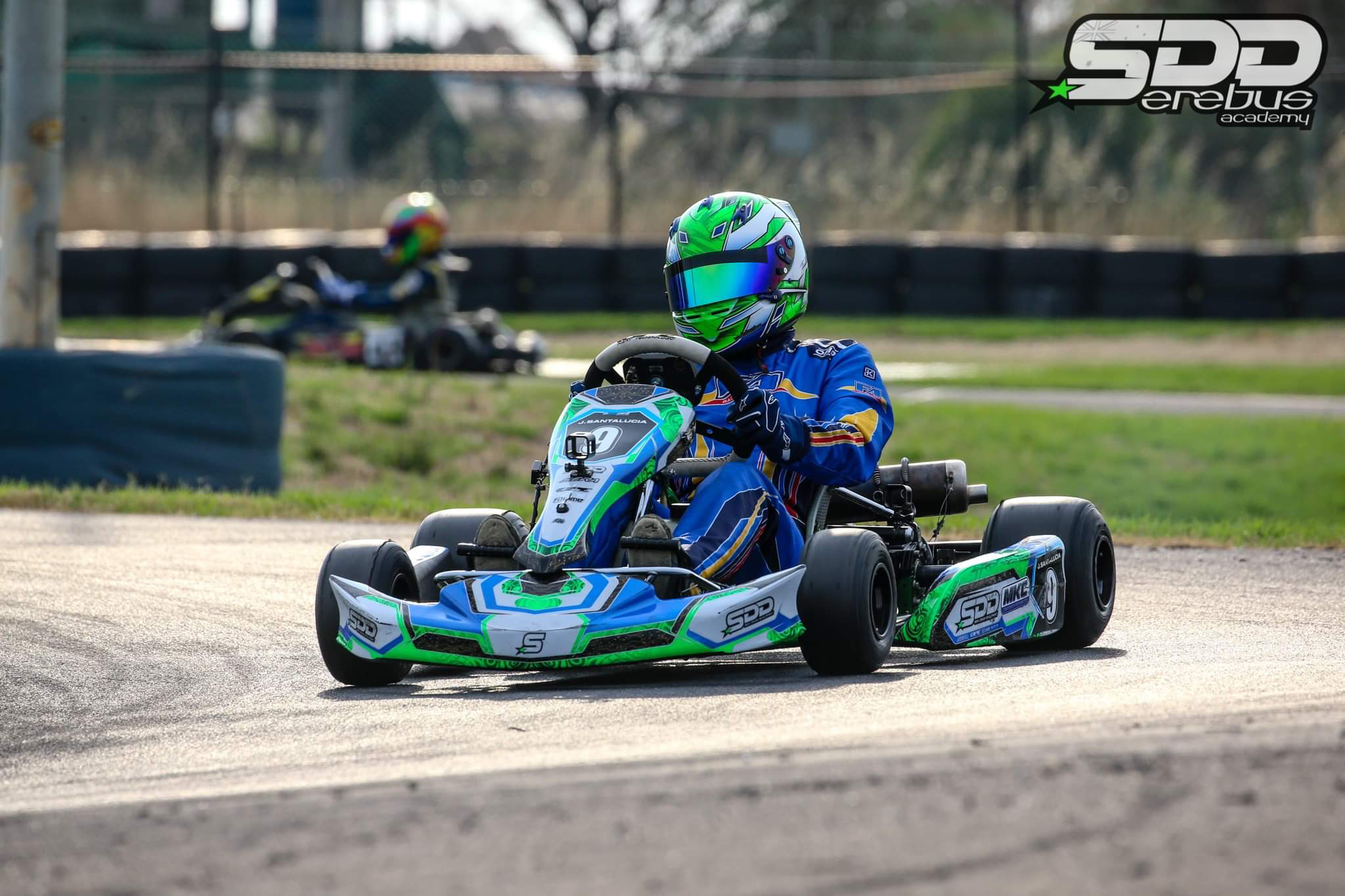 Five Victories for SDD at the Junior Top Guns

The 2020 racing season began at the Oakleigh Go Kart Club for the annual Junior Top Guns event over two nights on January 17th & 18th. The Sera Driver Development team were the standout performers across the event claiming five victories and multiple podiums at their home circuit in Melbourne’s South East.

Alek Stefanovic was the big winner in KA4 Heavy taking a clean sweep of the races across the two nights winning all six heat races and two finals to go undefeated. Alek also claimed pole position on day one to showcase the speed of his Sera / J&A powered kart. This was his first time to the Oakleigh circuit, but Alek took to it like a breeze leading from the front to beat home some more experienced racers being only 11 years of age.

In KA4 Light it was Jake Santalucia who came out victorious on Friday & Saturdays finals to make it back to back years with multiple victories at the Junior Top Guns. Santalucia had his work cut out though from young gun Jesse Lacey always on his tail where there wasn’t a lot separating the two drivers. Jake was able to qualify second on day 1, before claiming two seconds in the heats then taking home the final in convincing fashion. Saturday saw Jake take pole position, but the heats went the way of Lacey, before the two went to battle in the final. A bold last lap pass for the lead ensured Santalucia a double victory and the overall honours.

William Calleja was a cadet on a mission after winning his last race at Oakleigh back in October. The young driver was the dominant driver on day 1 taking a clean sweep of pole position, heat races and the final before a technical issue erased those results from him. This didn’t impact his confidence leading into day 2 where he was able to win a close encounter under lights and continue his recent success from 2019. Our second driver Riley Harrison showed glimpses of speed throughout racing, but ultimately a racing incident caused severe damage to his chassis that wasn’t able to be repaired at the circuit bringing about an untimely finish to his evening.

In Cadet 12 Miley Miller was our sole charger who didn’t quite have the pace on the opening night qualifying lowly in 11th place before working her way through the field each heat. Miley would end up in position 6th on night one showcasing her determination to never give in. Saturday’s event, saw a better performance from Miley who was able to qualify in sixth position, before carding a third place in the opening heat race. A 4th place in the final showed the improvements made to the kart, engine and driver as we look ahead to bigger targets.

Jenson Teleskivi was able to bring home his first silverware when he was able to secure a pair of podiums in KA4 Light C&D with a third place on night one and second place on day two. This was a great effort considering Teleskivi hadn’t driven a kart in three months, with constant improvements made each time he hit the race track.

The SDD team set a goal to donate $100 to the Bushfire Appeal for every SDD driver that saluted across the two nights. With five victories and one taken away from us, we’ve decided to donate $600 to Wildlife Victoria for their constant battles throughout this disaster.

We now set our sights on the opening round of the Victorian Country Series in Portland on February 14/15 before the Australian Championships take place at the end of February. 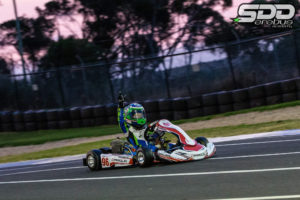