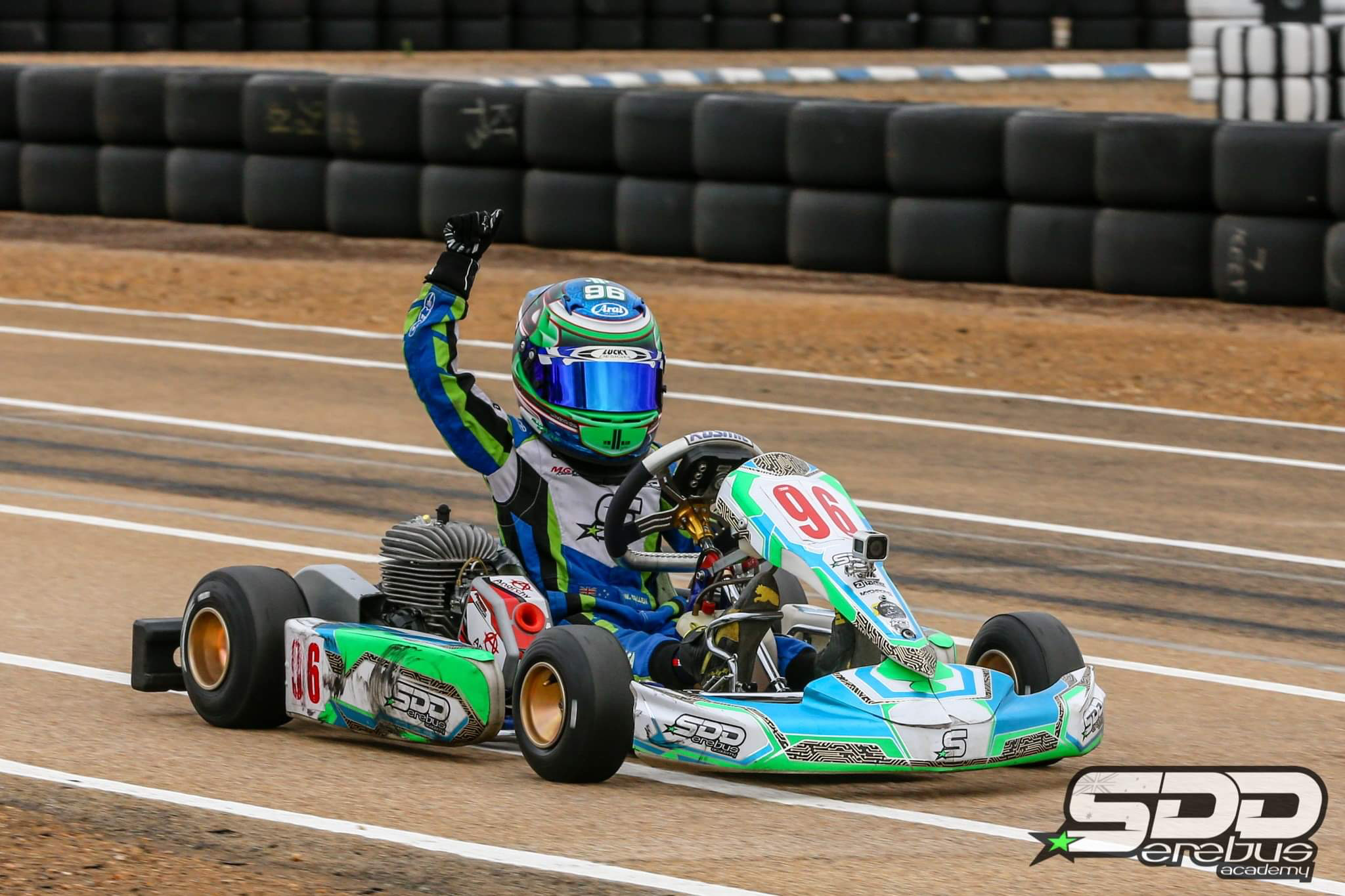 The Bairnsdale kart club hosted the 2019 Victorian state cup over the December 1 weekend for the coveted black plate.

Having competed at the SKUSA SuperNats in Las Vegas one week earlier, Calleja was high of confidence after racing the worlds best micro drivers. Seeing the Bairnsdale circuit for the first time in qualifying, Calleja drove his FA Kart to second place in wet conditions. “Qualifying was difficult as I had never driven the circuit before. I walked half of the track then we had drivers briefing, so I didn’t know which was the track finished” said Calleja.

Team mate Riley Harrison was also competing in Cadet 9 after a week earlier been in Las Vegas, but a bent chassis wasn’t noticed until after qualifying a lowly 7th place. “Something didn’t feel right in my kart. I couldn’t keep the steering wheel straight”. A frustrated Harrison commented.

The boys clicked into gear during Saturday’s three heats to card a 3rd, 2nd & 2nd for Calleja & 2nd, 5th & 3rd for Harrison.

This gave them starting positions of 2nd (Calleja) & 3rd (Harrison) for the 4th heat on Sunday.

After making some chassis adjustments overnight, Calleja was the big beneficiary as he was able to make his way into the lead before half race distance and went on to secure his first win of the weekend. Harrison fell to fifth at the completion but set his personal best lap time along the way.

The 16 lap final was ahead for our two cadet chargers, with Calleja slipping into second early on and Harrison in lost a spot to be in fourth. Calleja was hounding the leader until his opportunity arose on lap 5 and he seized the moment. For the remaining 11 laps, William drove with minimal mistakes to cross the line over one second clear of his nearest competitor and setting the fastest lap along the way. For his first year in Australian Karting, Calleja has taken home a state championship & the Victorian country series.

His teammate Riley wasn’t able to capitalise on his starting position to cross the line a respectable fourth place, with his eyes already set on a big 2020 campaign.

Leading the charge in our junior contingent was 12 year old Jake Santalucia. His weekend started off positively by securing pole position in the wet conditions by over 1 second to second place. This gave him pole position for the opening two heats which he carded a first & second. Heat three Jake started off pole and with the top three karts nose to tail, he had to settle for third place.

Heat 4 was much the same with the leading trio all locked together until Santalucia was spun out of the race lead late in the piece which dropped him to third at the completion.

This setup a heated 16 lap final, with jake jumping to the lead from the outside of the front row. The Sera Kart was able to then post fastest laps of the race to open the gap to over one second by half race distance. As the laps started to fall, tension was building for Santalucia to grab his first state championship. A lapped kart then got in the way of the leader on the penultimate lap which allowed the second placed driver to be on the tail of Santalucia with one to go. Fortunately for Jake he was able to hold his nerve to take home his first black plate title.

Jake also competed in KA3 junior where a few racing incidents in the heats meant he had to start down the order in 10th for the final. After his race win in KA4 and with nothing to lose the young driver picked off his rivals one by one to find himself in third place with a lap to go. A tight last corner saw Santalucia squeezed wide and settle for fourth place, a great achievement for only his 5th race in the category.

“It was an incredible achievement to secure two state championships with the three drivers we had racing.”

“Jake has put in a tremendous effort this year, so to get some reward back is a huge accolade for him. William bounced back from Las Vegas and got stuck back into his comfort zone right away. All three kids have a bright future.”

The team now embarks on its final race of the season at the Shamick Racing Enduro to be held at the Go Kart Club of Victoria on December 8th. 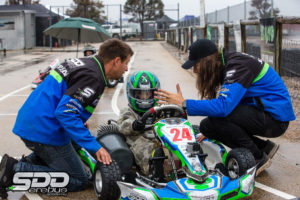 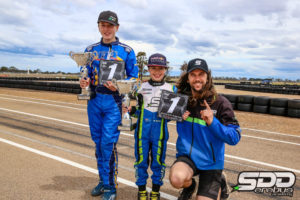