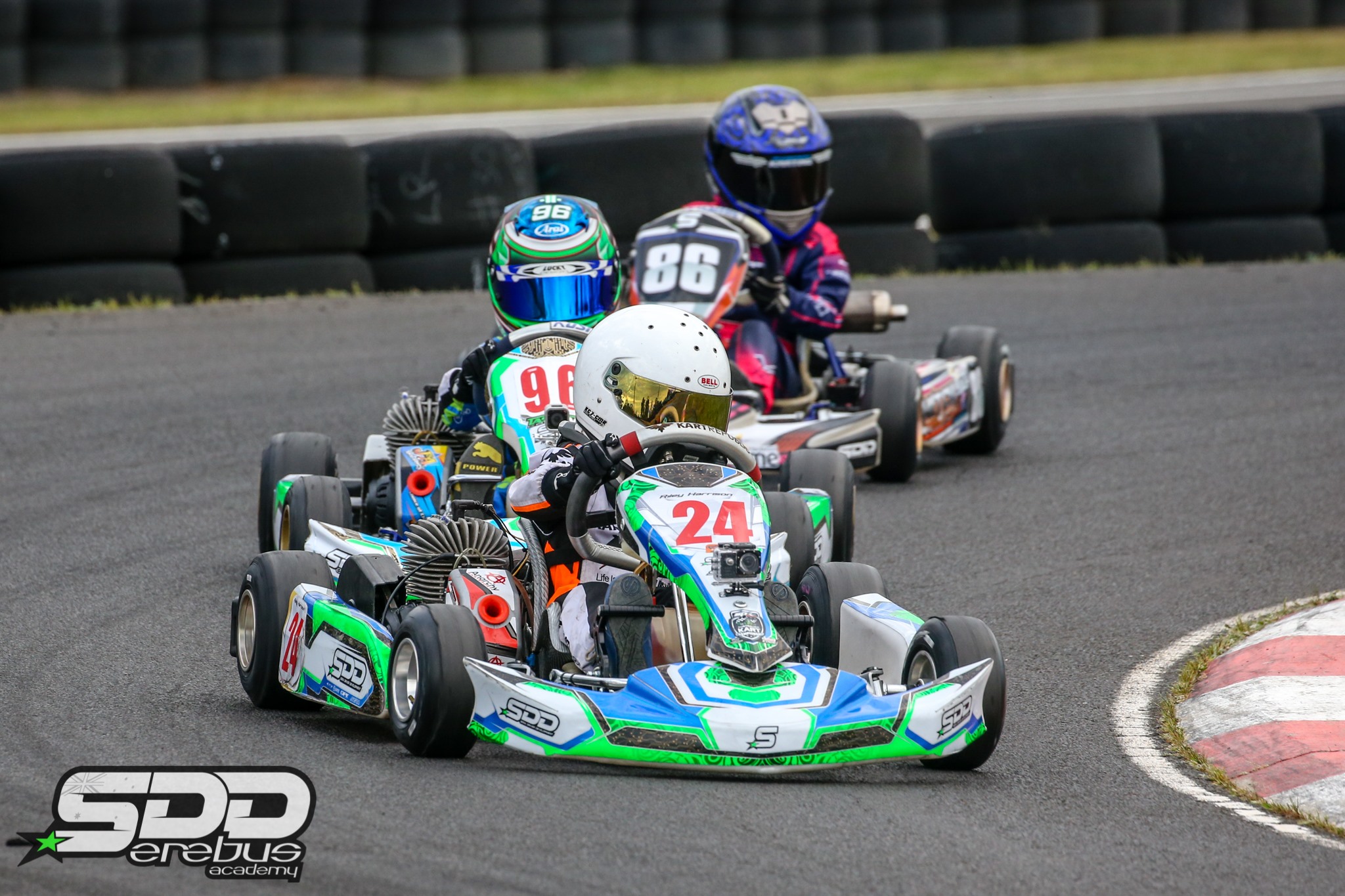 Calleja on top at VCS Round 5

The fifth round of the Victorian Country Series was held at the Wimmera Kart Club in Horsham on the 14th & 15th of September where the SDD team was able to take victory and three additional podiums with their drivers.

William Calleja led home a SDD 1-2-4 in Cadet 9 with team mates Ewan Anderson (2nd) and Riley Harrison (4th) having their best results of the series.

In qualifying it was Calleja who ended the session in second with Anderson 3rd and Harrison 4th right on his tail. The heats saw all three drivers in close proximity to each other, mixing it between 2nd – 4th. With some adjustments made to the karts before the final, the team was able to extract more pace out of their packages to find their way past the leading driver early in the 16 lap final.

First it was Anderson in the lead with Calleja in third and Harrison in 4th. But after some defensive driving, Anderson made a slight mistake with six laps to go which handed the race lead to Calleja which he didn’t relinquish. A frustrated Ewan Anderson had to rue his opportunity to win his first VCS round, but he will look to bounce back at the final round in Ballarat. For Harrison, it was a huge step forward for the South Australian driver as he achieved his personal best result and finished off the final step of the podium by just over a tenth of a second.

“It was a big effort for these Cadet 9 drivers to nearly lock out the podium. We’ve seen a remarkable improvement by all three over the course of the VCS series and I feel confident for the remainder of 2019″ said an elated coach David Sera.

In Juniors, we were represented by the one driver, Jake Santalucia who raced KA4 Light and KA3 Junior. Jake had a great qualifying securing the top four in both classes before going on to card heat results of third & second (both fastest laps) in KA4 Light and two thirds in KA3.

This gave him a second row start for both categories where he was able to stalk the leaders the whole 16 lap final in KA4 but was unable to get by the leading two drivers settling for his third VCS podium in the class. In KA3, Santalucia made a safe start to slot into third place before hunting down the second placed driver where he would finish. For only his third race in the category it was a big step forward for the 12 year old who only 7 months ago was in Cadets.

“When we decided Jake should step up into Juniors at an early age, we always knew this would be a learning year. To date, he’s exceeded our expectations by finishing on the podium multiple times at the VCS and to already claim a podium in KA3 sets us up nicely for 2020″.

The team will now prepare for the South Australian Championships to be held at the Southern Kart Club in Bolivar next weekend where they will be vying for the coveted blue plates. 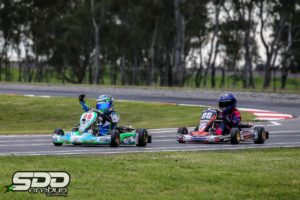